Yesterday was the last day of summer camp for GENERATION2050. It was a specially emotional day. We set aside time in the morning for a vision board workshop. Although we had initially planned to create vision boards earlier in the summer, the last day turned out to be the better choice. After seven weeks, the students were filled with ideas and reflections based on what they had learned.

They had also been inspired earlier in the week by two guest lecturers. James Klynn, hip-hop artist and creative writing teacher, had spoken to them about the history of hip-hip and the power of creative writing to express emotions. 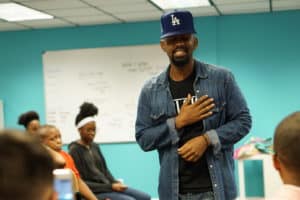 Filmmaker Ebony Underwood shared her personal story as a child with an incarcerated parent. She spoke to our students about her advocacy work and the power education has to positively impact their futures and subsequently, their power to impact the future. 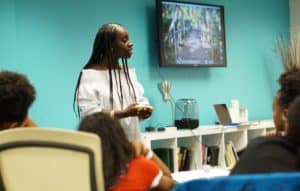 When I saw their vision boards, I was filled with so many emotions. 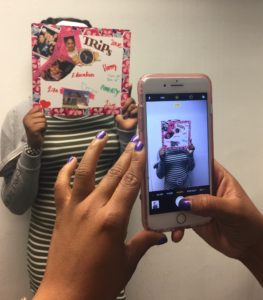 The most poignant vision boards for me were created by kids who were the most skeptical about the summer program’s core goals. In many ways, I believe they gained the courage to express their hopes and aspirations within a group of people who were eager to nurture them. 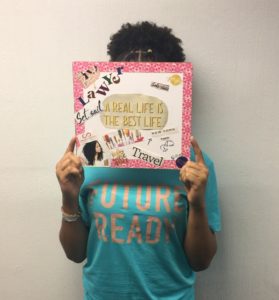 But at the end of the day, they really surprised me. They presented me with a glass jar filled encouraging messages on cards the size of bookmarks. I took them out this morning and spread them on my patio table so I could take a better look. 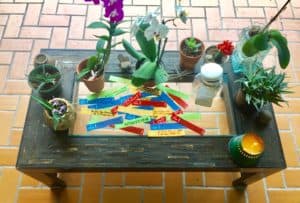 There were messages from kids I have had in summer camps for the last ten years, as well as from the kids who I met for the first time during GENERATION2050. Here are a few of the messages I will cherish for a very, very long time:

“You have really inspired me since I was little…You have never given up on me and you have a bunch of faith in me.” ~ Z

“I love you because you are the master of cultivating us.” ~ A

“Thank you for giving me a second chance.” ~ T

“You are great because you believe in me to be great and never gave up on me.” ~ J

I’m so proud of them! Out of the original fifty GENERATION2050 students who started summer camp on June 12th, 34 successfully completed the summer program goals for attendance and curriculum completion.

They will be the pioneers of the GENERATION2050 Alumni Program which begins on August 26th.