The Keys to Our Future

“The mere imparting of information is not education.” ~ Carter G. Woodson

A few days after I posted my blog article “One Girl At A Time”, Girl Rising and Let Girls Learn announced their joint initiative #62MillionGirls. Their goal is to raise awareness about the barriers preventing an estimated 62 million girls around the world from obtaining an education. First Lady Michelle Obama is their key spokeperson. Part of their campaign is the creation of the #62MillionGirls Yearbook. Here is the picture I posted on Instagram and Twitter for the #62milliongirls Yearbook, along with this caption: “In school, I learned I love science. #62milliongirls don’t have that chance. #letgirlslearn”. 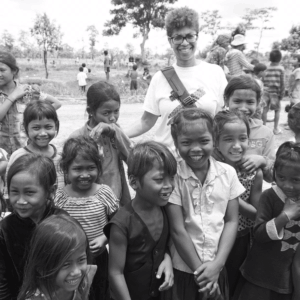 You can be included in the #62milliongirls Yearbook by posting a black and white photo of yourself with a message similar to mine. Be sure to include a statement about what you learned in school with the phrase “#62milliongirls don’t have that chance. #letgirlslearn”.

The keys to our future are in the hands of our children both boys AND girls. Let girls learn!