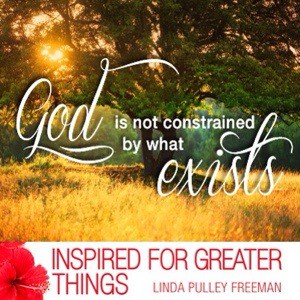 When I traveled to Cambodia, I spent 18 hours in an airplane plus a four hour layover in the airport in Seoul, Korea. According to the time on my iPhone, It had taken 22 hours to travel 12 hours into the future. While it was 10 am on Tuesday in Phnom Penh, it was 10 pm on Monday in Florida. I was a time-traveler! This experience sparked my thinking about God, the relativity of time, and prayer. Three thoughts that really overwhelmed me were:

God had no beginning and has no end. God created time for us. He put the system of day and night, seasons, and years in place for the sake of His creation. Time zones are our human description of the time system God set in place. The writer of the Book of Genesis wrote:

“In the beginning God created the heavens and the earth. The earth was formless and empty, and darkness covered the deep waters. And the Spirit of God was hovering over the surface of the waters. Then God said, “Let there be light,” and there was light. And God saw that the light was good. Then he separated the light from the darkness. God called the light “day” and the darkness “night.” And evening passed and morning came, marking the first day. Then God said, “Let lights appear in the sky to separate the day from the night. Let them be signs to mark the seasons, days, and years. Let these lights in the sky shine down on the earth.” And that is what happened. God made two great lights—the larger one to govern the day, and the smaller one to govern the night. He also made the stars. God set these lights in the sky to light the earth, to govern the day and night, and to separate the light from the darkness. And God saw that it was good.” (Genesis 1:1-5, 14-18 NLT)

2. God is not constrained by time.

At any time, God can act outside the constraints of what He created. The story of what happened to the Israelites during a battle with Amorites describes a moment when God did just that.

“On the day the Lord gave the Israelites victory over the Amorites, Joshua prayed to the Lord in front of all the people of Israel. He said, “Let the sun stand still over Gibeon, and the moon over the valley of Aijalon.” So the sun stood still and the moon stayed in place until the nation of Israel had defeated its enemies. Is this event not recorded in The Book of Jashar ? The sun stayed in the middle of the sky, and it did not set as on a normal day. There has never been a day like this one before or since, when the Lord answered such a prayer. Surely the Lord fought for Israel that day!” (Joshua 10:12-14 NLT)

When Joshua asked God to stop the movement of the sun and moon, he could not have possibly understood everything that would have to happen. Not only would God have to stop the sun and the moon to respond to Joshua’s request, He would have to stop movement across the entire solar system. Every part of it moves together in an elaborately synchronized plan. God was willing to pause time and the solar system to answer Joshua’s prayer request.

3. My prayer requests can extend beyond what is possible within creation.

I need to recognize Who I am asking.

I must ask for what I need believing God will answer, even if He has to rearrange what I think is logical.

Who are you asking? 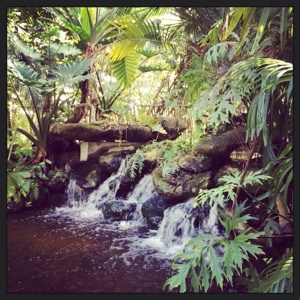 (Photo credit: I took this photo on my iPhone at the Reflection Garden, Flamingo Gardens, Davie, Florida on December 6, 2013.)