The Boy in the Red Baseball Cap 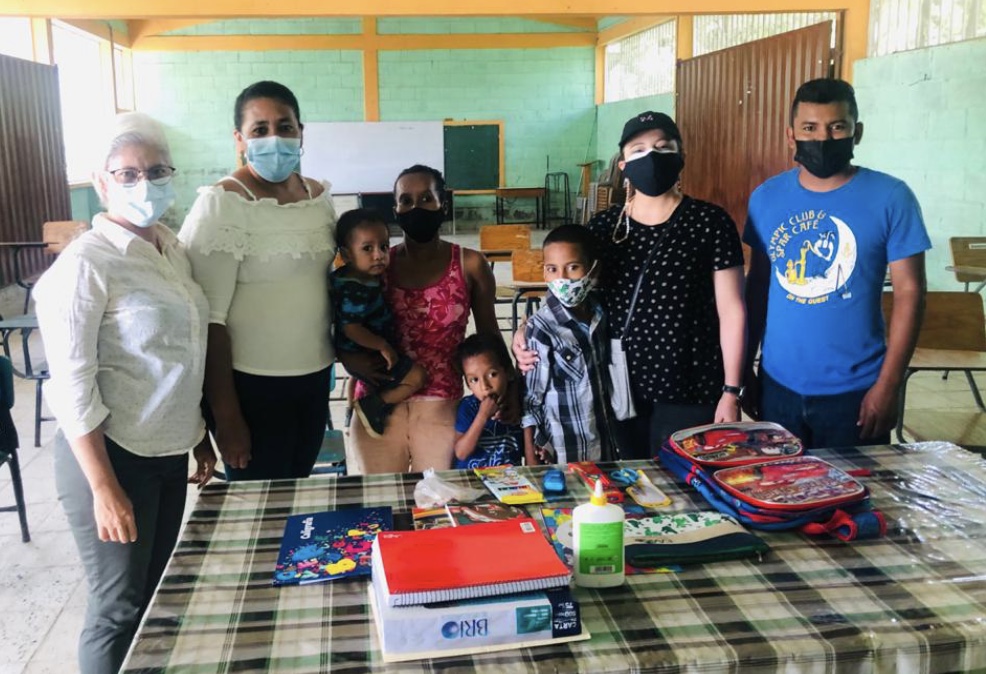 “The most difficult thing is the decision to act, the rest is merely tenacity.”

He hadn’t been able to attend school since the COVID-19 pandemic began. Money was scarce at home. Food was hard to come by, and he was incredibly hungry. So the little boy in the red baseball cap decided to act, walking to the local school in the hope that someone would be there.

As he approached Escuela Ramón Rivera, he saw men mixing concrete for school renovations. Rather than walk back home hungry, he boldly asked the men if he could work with them in exchange for a portion of their lunch.  Seeing his determination, the construction workers agreed, and the little boy became their daily companion.

A few days later, while working with the men, he saw a small group of students and teachers arrive. Curious and still desiring to attend school, he approached the group and asked them what they were doing. They told him they were preparing for a recital, so he volunteered to participate. What the boy did not know was that the recital was being prepared as a surprise for a visit from our team, the Environmental Awareness Academy Board of Directors.

When we arrived a few days later for the recital, I saw this little boy wearing a red baseball cap and a Boston Red Sox t-shirt, joining in. I was curious, as I didn’t remember him from my earlier trip, and no one who was involved with the student sponsorship program seemed to know who he was or where he came from.

When the recital ended, we asked one of the teachers if she knew anything about this young boy.

The teacher called him over, and the boy quickly introduced himself to us as Johan, and told us that he was ten years old. When we inquired from the teacher how he became a part of the recital when he wasn’t a part of the sponsorship program at the Environmental Awareness Academy, she then shared Johan’s story.

As we sat there and listened, we couldn’t help but be impressed that rather than begging from the workmen, this boy offered to work for the opportunity to eat. We were thrilled that school was so important to a 10-year old that he volunteered for a program he knew nothing about, just so that he could learn more and interact with people. While talking to young Johan, we told him he had clearly demonstrated leadership qualities by asking for work and volunteering to participate in the recital. We shared with him that he was exactly the type of student we wanted to enroll in the Environmental Awareness Academy. Unfortunately, without a sponsor, Johan would not have a way to join the Academy, but we were all moved by him and his dogged determination and knew we had to find a way to help.

Thankfully, after hearing Johan’s story, a donor stepped up and offered to sponsor this committed ten-year old.

As of today, Johan has received his school supplies and clothing to wear to school, as well as doctor appointments for himself, his mom, and his two younger brothers. For Johan and his brothers, this will be the first medical doctor visit in their lives. Following their medical assessment, they will receive a home visit, a nutritional assessment, and an educational assessment to determine any special needs they may have.

I doubt Johan has heard of Amelia Earhart, but he definitely was demonstrating how to live her quote:

Would you like to participate in the transformation of a child’s life in Canterranas, Honduras? Become an Environmental Awareness Academy Donor by following this link: https://www.environmentalawarenessacademy.org/donate